9 unforgettable TV Christmas Specials that you should rewatch this year

The only thing better than the holidays themselves are the festive specials that usually air just ahead of them.  Here are 8…

The only thing better than the holidays themselves are those festive episodes of our favourite shows that usually air just ahead of them.  Here are 9 TV Christmas specials that you should rewatch this year – all of which will probably make you cry and laugh simultaneously because let’s be honest, feelings just run high this time of year.

The OC – “The Best Chrismukkah Ever”

“So what’s it gonna be huh? Your menorah or your candy cane? Hmm?” This OC classic introduced us and showrunner, Ryan, to the ultimate holiday: a Christmas-Hanukkah hybrid celebrated and perfected by Seth Cohen and his bi-religious family. This is kind of what we’d consider the epitome of all festive-episodes.

The Office – “A Benihaha Christmas“

Never superimpose your picture on the body of your significant other’s ex. In this chaotic episode of the Office, a practical joke that Pam and Jim play on Dwight comes to a head, hearts are broken, and arguments are had. Will this one fill you with the warm fuzzies? Probably not, but it will teach you a lesson or two about relationship etiquette.

Friends – “The One With the Holiday Armadillo”

What kind of list would this be if we didn’t give this iconic episode a spot? We have to admit that although we were never a huge fan of the series, ‘The One With The Holiday Armadillo’ is an absolute classic. It’s memorable, funny, and heartwarming. Does it get better than that?

Recent Posts:
WestJet flies donations across Canada in its heartwarming Christmas Miracle  video
Take a magical sleigh ride through the Rocky Mountains at this Alberta Ranch 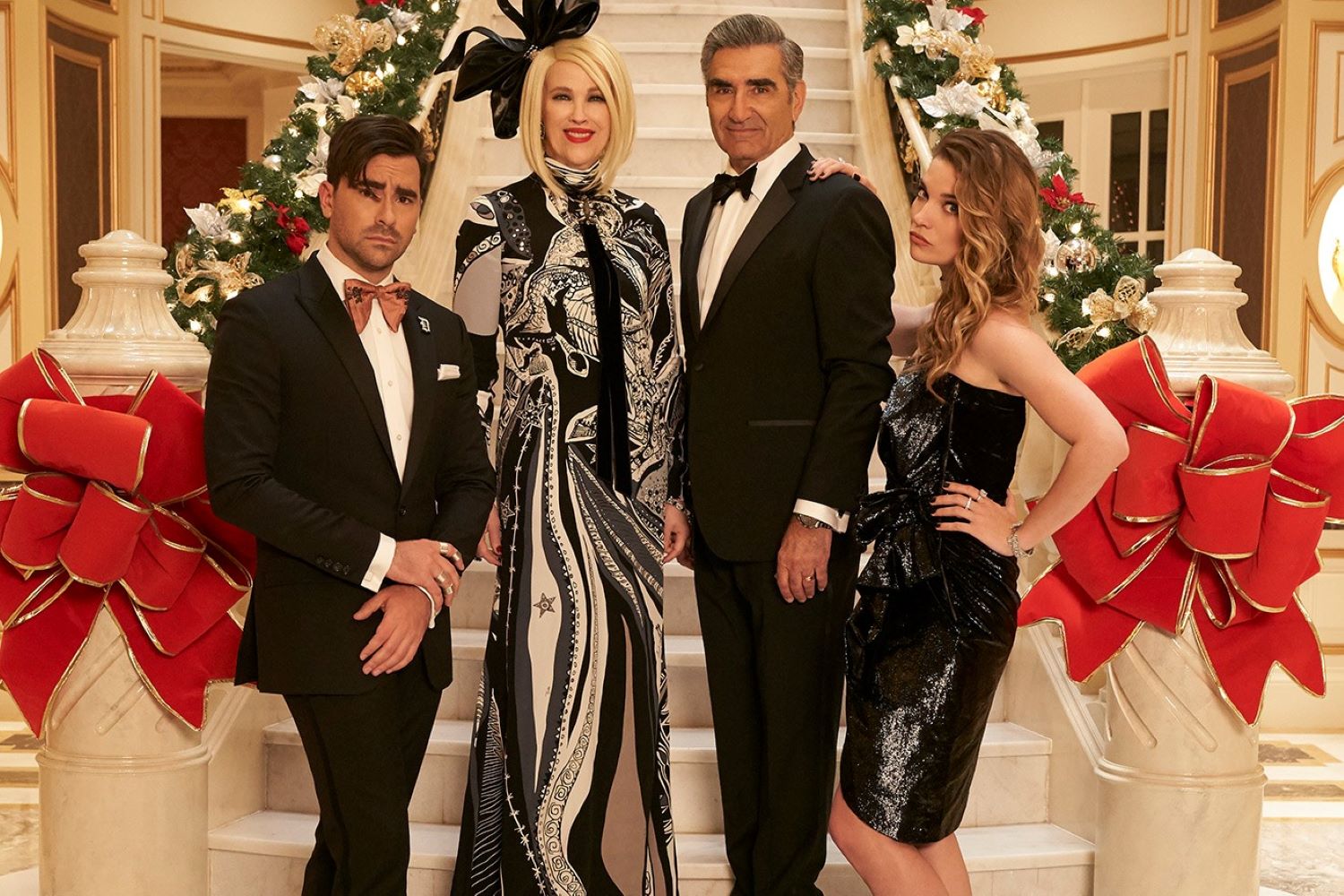 Need to let out a few pent up happy-sad tears? Merry Christmas, Johnny Rose is a feel-good episode that reminds us that Christmas at its core is about spending time with your loved ones. The Levy family really hit a homerun with this one, folks.

Tales From The Crypt – “And All Through The House”

We really love Halloween – but we also like Christmas… so holiday horror is what we consider our sweet spot. For those who aren’t familiar, Tales From the Crypt was like – the millennial parent’s answer to Goosebumps, and this particular episode- which follows an axe-wielding Santa Claus – was a favourite among fans both old and new. 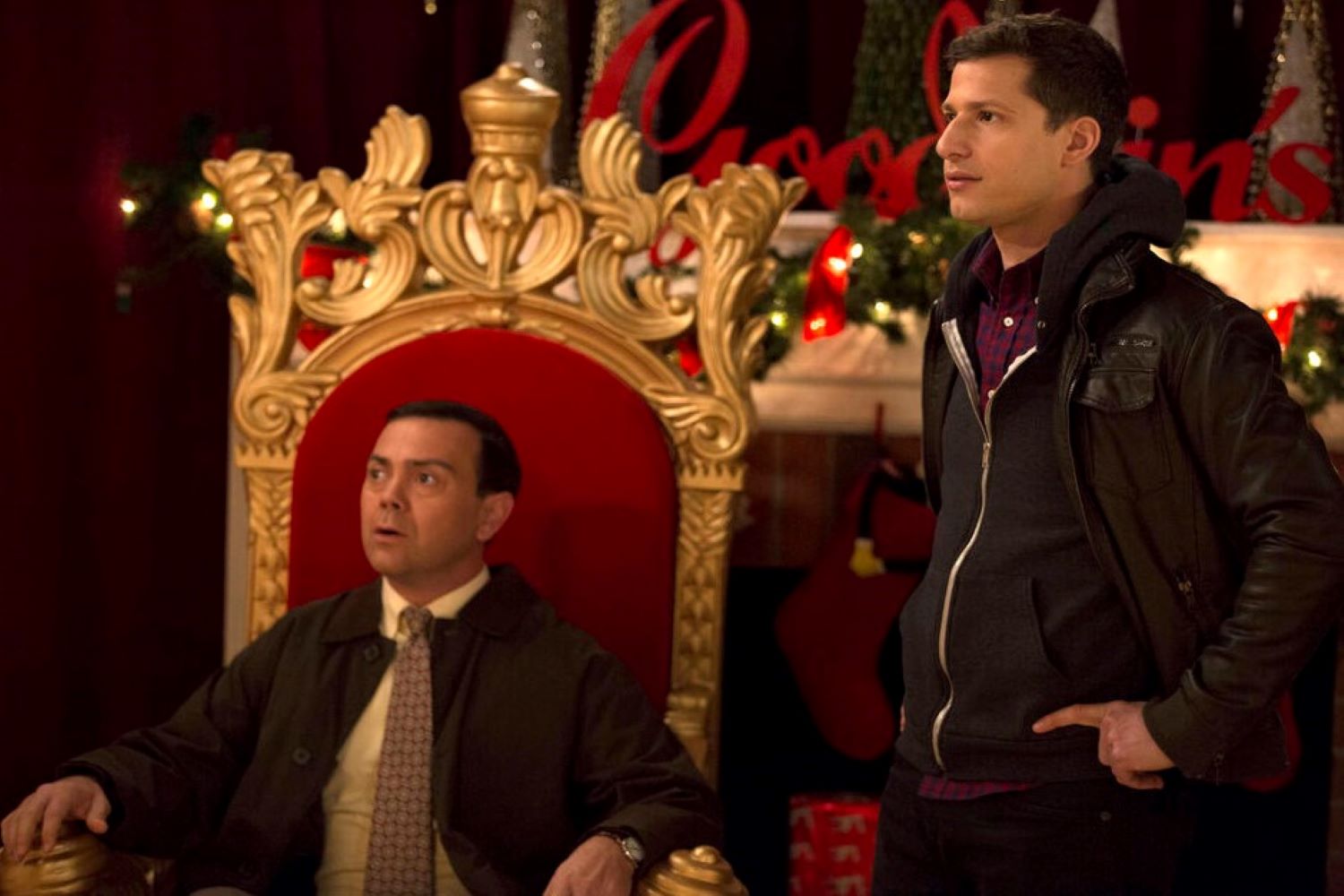 Writers of Brooklyn Nine-Nine nailed it when they paid homage to Die-Hard – the ultimate Christmas classic – which was referenced several times throughout the show. From the explosions, trickery misquotes and a hilariously done hostage situation this episode is scene to scene gold and totally worth the rewatch.

You wouldn’t know it after watching the last few seasons of the show, but Community once had the ability to make audiences laugh, cry, and even think. Abed’s Uncontrollable Christmas is one of the better examples of this. Shot almost entirely in stop motion, this episode follows the cast as they humour Abed’s delusion in hopes of helping him cope with the holidays.

Beer > Family Christmas tree. Some might say that the cast of That 70’s Show had their priorities mixed up – others might disagree. No matter what you believe, we can guarantee that this particular episode of the early 2000s sitcom, still had you laughing from beginning to end.

If you’ve never heard of the Festivus for the rest of us, well, now’s your chance. For those familiar with the show, you’ll probably know some of these scenes by heart. By those unfamiliar with the show, well, we envy your first-time viewing experience. All you really need to know is that Festivus is a Christmas-knockoff holiday celebrated by George Costanza’s dad, and the majority of its festivities are hilariously nightmarish experiences.

There you have it, friends, 9 TV Christmas specials that you should definitely jingle your bells too this year. Hopefully one of these will have you feeling a bit more festive during a year where we all feel a bit off. Happy watching, friends!