-50°C and worse: Here were the coldest places in Canada this past weekend

From coast to coast, Canada experienced some finger-numbing, thermostat-shattering temperatures this weekend no thanks to a polar vortex that blew in from…

From coast to coast, Canada experienced some finger-numbing, thermostat-shattering temperatures this weekend no thanks to a polar vortex that blew in from Alaska. Not only did it break the spirits of anyone hoping for an early spring, but the cold also broke several weather-related records.

At -51.9°C,  Wekweèti in the North West Territories actually saw the coldest day in the entire country since March of 2017.  Gross.

Luckily, this was the worst of it, but not by a whole lot. For example, Uranium City in Saskatchewan tied their last coldest temperature in history at -48.9°C; and Fort Chipewyan in Alberta, which plummeted to -47.2°C and Key Lake, SK which logged in at -48.7°C, both broke monthly records.

Related Posts:
Here is everything that is able to reopen in Alberta as of today
A Canadian filmed himself trying to crack the KFC recipe for 2 years & he may have just done it 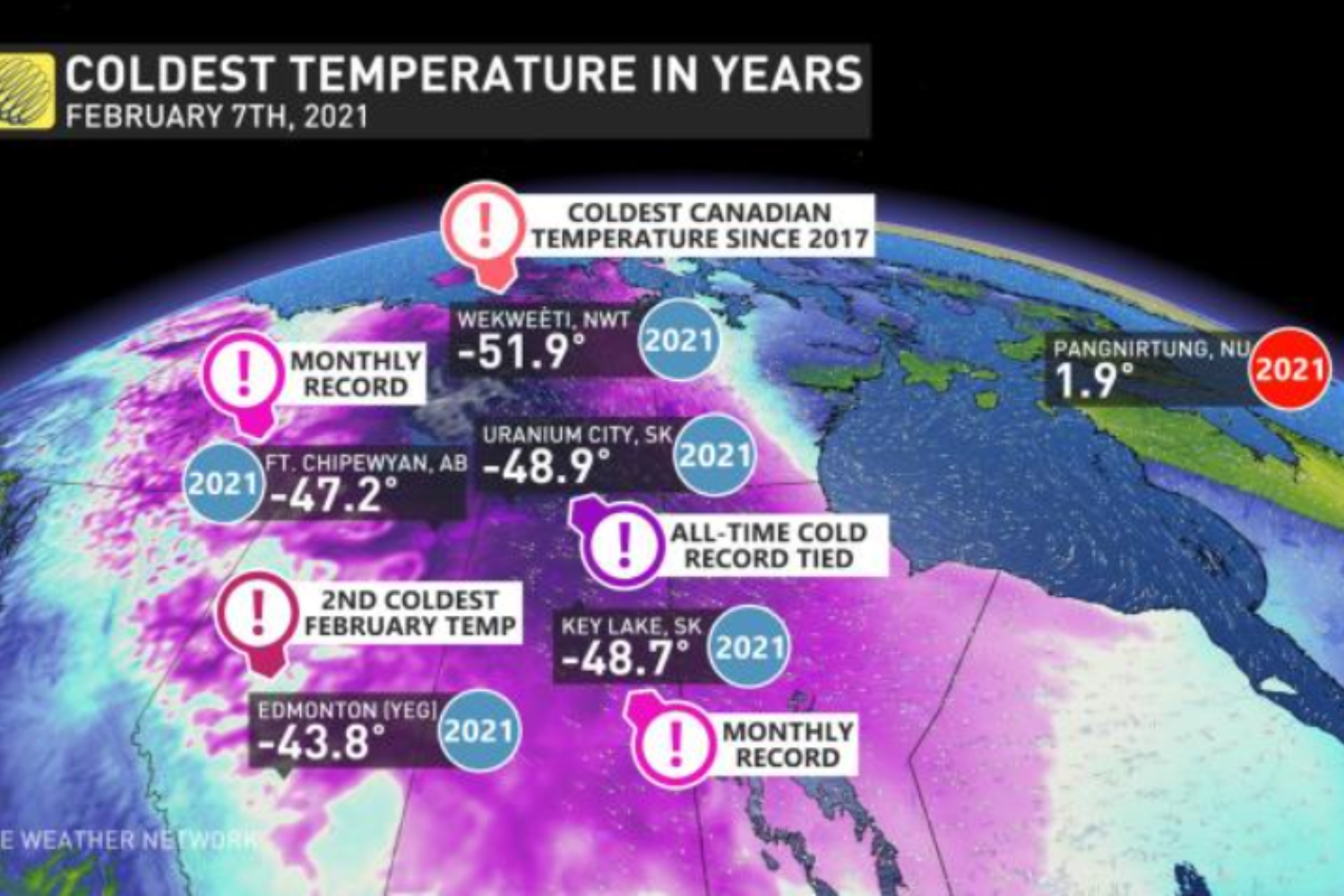 Of course, it wouldn’t be a Canadian weather story if we didn’t also mention that dreaded wind chill, which actually had some regions, like Ennadai Lake in Nunavut, feeling like it was closer to -60°C.

Unfortunately, for those in Manitoba and Alberta especially, the freezing temperatures will hover for a while longer, due to what the Weather Network said was an ‘Arctic High’ that refused to budge from Western Canada.

“Frigid air will remain in place throughout the week, keeping daytime highs hovering well into the -20°C’s, or even -30°C’s in some locations, with overnight lows continually plunging into the -40°Cs for the foreseeable future,” they said.

In short, stay bundled and stay inside if you can help it, Canada. It’s going to be a chilly ride, friends. Who knows, we could even break a few more weather-related records.