Let's kick off 'spooky season' with some movies filmed right here in Vancouver!

It’s nearly spooky season once again, and we’re back with an updated list of some amazing horror films shot in and around Vancouver. If you’re anticipating fall but still in summer mode, this is a great way to get in the mood! After all, Hollywood North is no stranger to all kinds of films, from satires to slashers to psychological thrillers. So, grab some popcorn and candy corn and let’s set the vibes. Here are 15 horror films made in and around Vancouver to check out this season.

This one’s a real frankenmovie (and not in a good way)…so we thought we’d get the worst out of the way early. Directed by one of the most disliked men on the planet, Uwe Boll, this film is regarded as one of the worst movies ever made. Good for ‘camp night’, when you need a break from actual horror films.

Another one that didn’t do so hot (you’re going to see a theme of that on this list). But, some reviewers praised it for its found-footage style and, uh, interesting plot. Plus, you get to learn about moon rocks! Think of it as B-side Paranormal Activity in space.

Remember when Ashton Kutcher could not be touched in Hollywood? Yeah, us too, which is why it was so surprising for him to take a serious role. Then, that serious role had to be in a film about the tribulations of time travel. Pretty intriguing to say the least!

Cabin In The Woods Zombie GIF from Cabininthewoodszombie GIFs

One of the best horror films of all time, simply because it gets so meta. If we had to recommend one film to watch out of this list, it would be this one. What happens when the group ends up not playing the cliché horror movie role they were picked for? Watch this movie to find out.

Reboots are tough as-is, so for this version of Child’s Play to even receive a positive score on Rotten Tomatoes is reason enough to watch it. We don’t know why, but horror films really seem to draw out the most critical of critics. Here’s an idea – redub it as ‘art house’ and write a two-page explanation on the horrors of releasing a horror film.

It’s a bummer that this film based on Stephen King’s novel ended up flopping. Supernatural hunting buddies, aliens, and unhinged military personnel should be a no-brainer. Oh well, it’s still good for some fun visuals and backcountry scares.

This film is up there with some of the best possession movies ever made. We think that mixing in the trial aspect did wonders for the film, and provided some much-needed relief from the classic ‘exorcism movie’ tropes.

Here’s something notable – this movie became the highest-grossing instalment of both the Friday the 13th and A Nightmare on Elm Street sagas. Shot all around the city, the most noticeable location comes from Jason’s lake retreat (our words), which sits at the edge of Buntzen Lake.

Mostly filmed in Victoria, but also featuring a scene at YVR Airport, this horror-thriller used the world at large as an antagonist, which pretty much created a new horror genre. Fun fact, Final Destination was originally thought up as an episode of the X-Files.

Into The Fray The Grey GIF from Intothefray GIFs

Shot in Vancouver and Smithers, British Columbia, this dark thriller really has some truly terrifying moments. It’s a good watch for your buddies who wanted to become oilmen. We’re including it because getting lost in the Canadian north is seriously one of our worst nightmares.

Another peek at Buntzen Lake! This movie, centred around a killer croc, weirdly has an absolute icon in the cast. Wanna guess? Ok, we’ll tell you – it’s Betty White. Yeah, one of Hollywood’s most iconic actors is chilling in this horror movie about the dangers of swimming.

Ever heard of a dybbuk box? No? We neither until we saw this film. When Roger Ebert says that it’s one of the best movies to have been influenced by The Exorcist (aka the most influential horror film of all time), then you know that it’s a good watch. Then, buy your own dybbuk box on eBay!

One of the first horror parody movies (although not nearly as nuanced as Cabin in the Woods), Scary Movie gets props for doing it before anyone else. Here’s a little fun fact – the name is also the working title of the first Scream movie.

The Thing is one of the most iconic horror movies of all time. And, we were surprised to learn that a few spots in BC were used for filming. In fact, they went even further north than The Grey, choosing the town of Stewart, on the edge of the Alaskan border. Rent a cabin up there this winter and see what happens!

A remake of the 1973 original, The Wicker Man also falls into the ‘camp’ side of horror. Plus, you get to see Nicolas Cage scream ‘BEEEESSSS!’ very loudly. We think it’s definitely one of the best bad movies we’ve seen.

And that’s our list of the best horror films shot in and around Vancouver. We say get a running list going as we creep towards Halloween! Each and every one of these picks is good for a scare, a laugh, or maybe both. 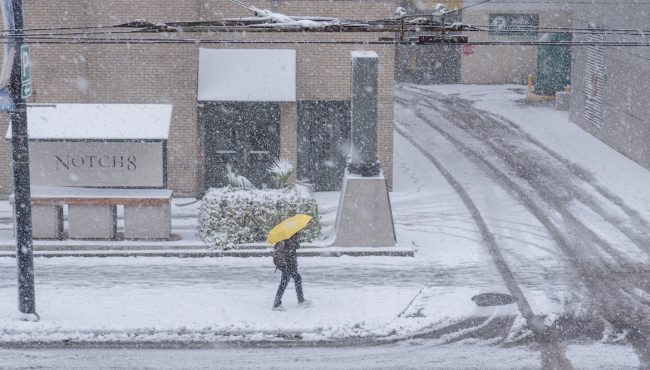 Break out the shovels: Vancouver could see up to 10 cm of snow next week & here's when 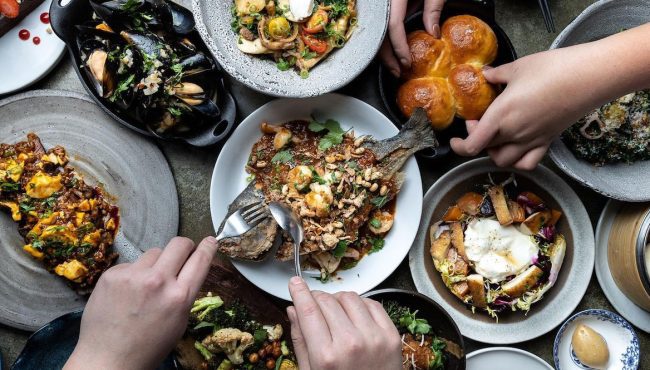 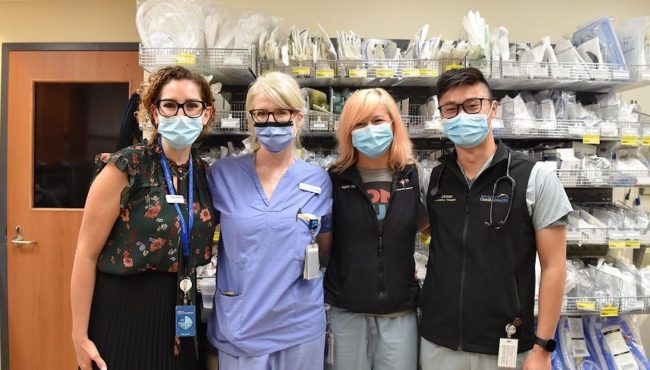 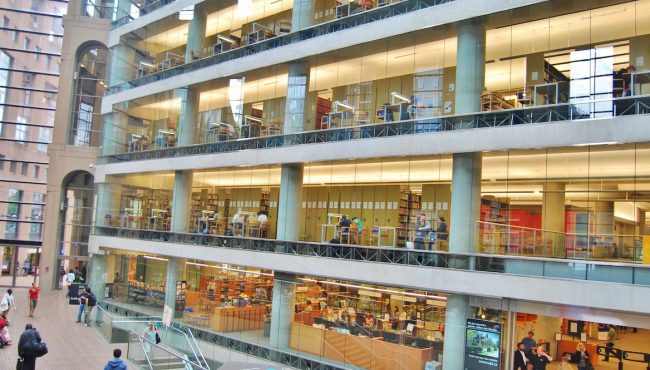