Here we are, over a month into quarantine. Not an ab, new skill, or repainted bedroom to show for it. What we…

Here we are, over a month into quarantine. Not an abdominal muscle, new skill, or repainted bedroom to show for it. What we do have though, are bloodshot eyes from watching every movie on Netflix, Crave and Disney +. As you can imagine, for every 5 good pictures we’ve seen, we’ve also seen a few duds, and for every 30 duds, we’ll find what we call a “golden turd.” These films are so painfully poor it’s actually impressive, so we figured we’d share them with you. Here are the best worst movies to watch while you practice physical-distancing.

This movie might melt your brain to the inside of your skull. Night Killer is full of terrible acting, bizarre writing and cheap effects, it has a cheesy score and maybe the worst ‘jump scare killer’ costume we’ve ever seen. Please… please, watch this film if only to tune out reality for an hour and a half.

As far as best worst movies go, Sleepaway Camp is kind of special. Since its release, it’s become a cult classic. Best known for it’s ‘twist ending,’ this film has been the subject of tributes, parodies, and sequels if you can believe it. Trust us, you’ll never guess what’s coming. 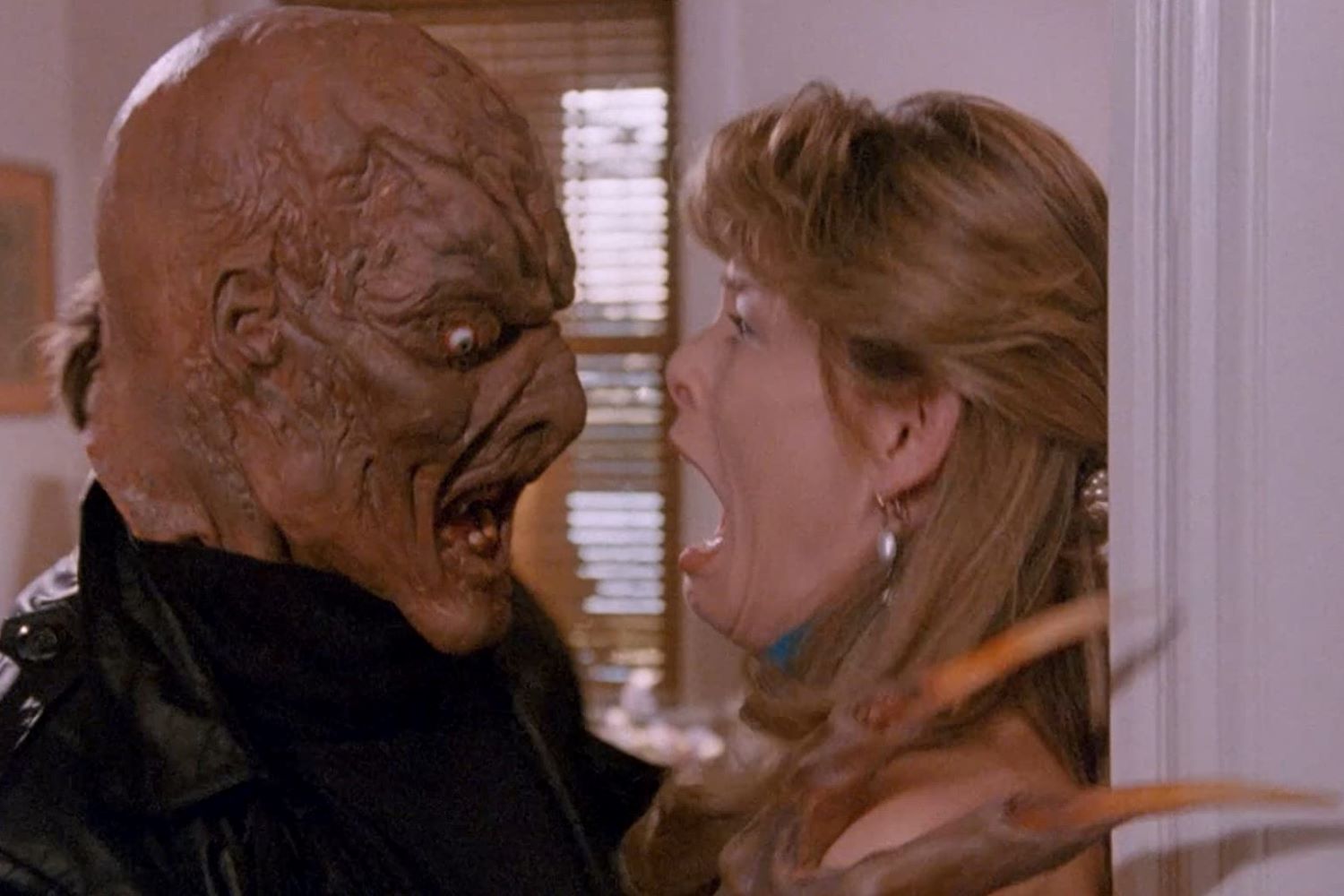 2008’s Repo: The Genetic Opera is a musical horror about a futuristic society where everyone has easy access to plastic surgery or body modifications. Need a new heart? No problem! New face? You’ve got it! Just make sure you pay out any loan you use to purchase said ‘enhancement,’ or the Repo Man will take it away. The movie stars Alexa PenaVega (Spy Kids), Anthony Head (Buffy the Vampire Slayer), Paris Hilton (being Paris Hilton) and Paul Sorvino (Goodfellas). It’s poorly written, gory, loud and really, really over the top, but we’d be lying if we didn’t say we’ve seen it several times. Think Rocky Horror, but unbearably bad.

This terribly written, horribly acted, painfully directed E.T. ripoff is basically an hour and a half long commercial for MacDonalds. Somehow, through this entire dumpster fire of a film, we felt simultaneously disturbed and also hungry.

Not adding 2003’s The Room to this list would be awfully irresponsible. Chances are, you may have already seen this movie or clips at the very least. This film was written, directed and stars Tommy Wiseau as a man who is ‘torn apart’ by his future wife, Lisa, after she cheats on him with his best friend, Mark. The Room is a masterclass in everything a filmmaker should not do, ever, under any circumstance at all. You will not regret watching this unnatural disaster, we promise you. 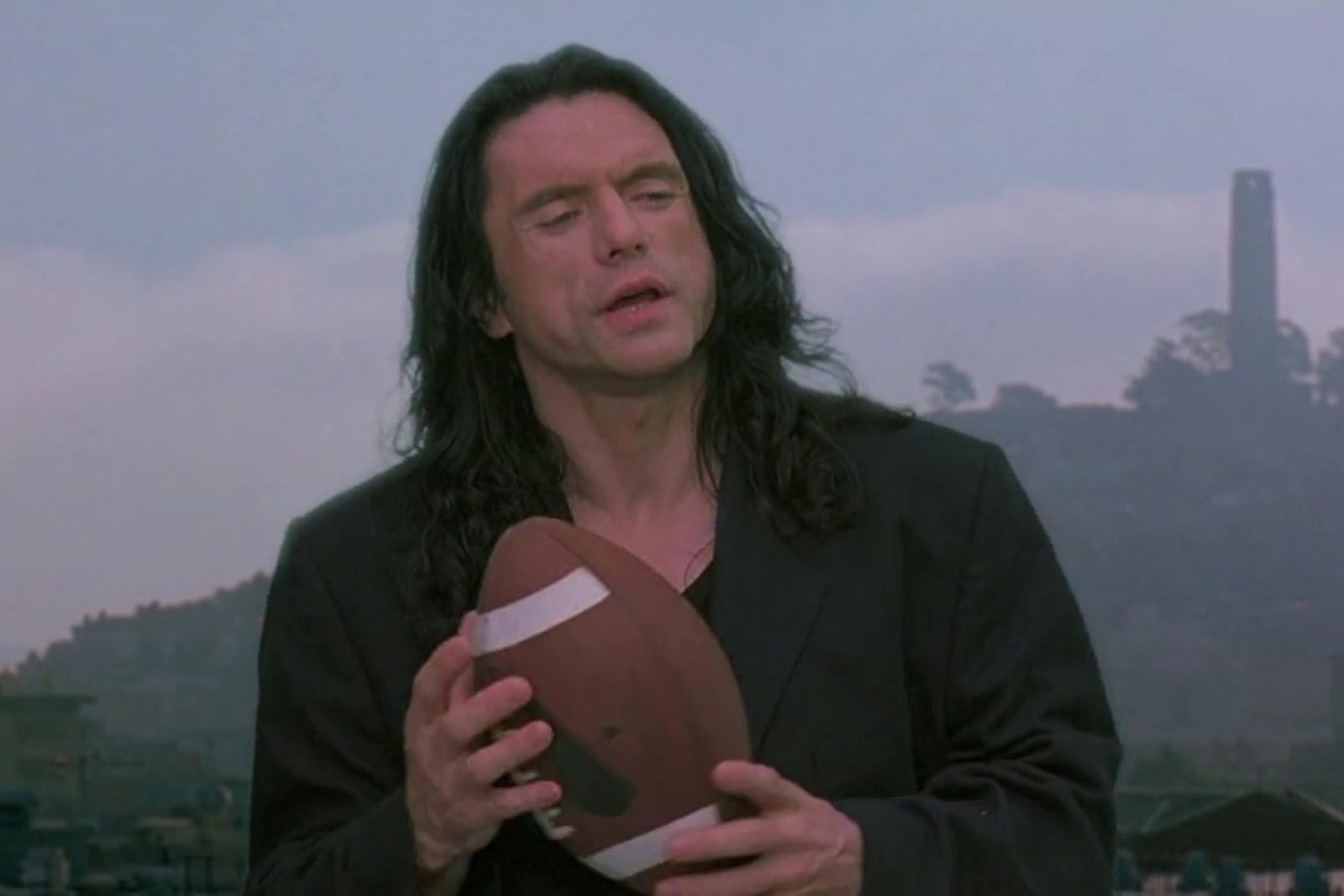 Drug lords, katanas, speedos, gangs. This film has it all. Released in 1991, Samurai Cop is a misogynistic crap storm of bad acting, writing, and direction. Choices were made, folks. Terrible, terrible choices.

We’ll be honest with you, it was tough, but we consciously chose to include only one Nicholas Cage film for this list. If you’ve already seen the Wicker Man than you understand why. This film may go down in history as one of the worst movies of all time. Acting: Bad. Writing: Bad. Continuity: Bad. We’re not sure why anyone would have given the go-ahead to release this remake of what is considered a pretty classic movie, but here we are.

Flash Gordon is painfully charming. If you’re looking for something uplifting, colourful and theatrical as all hell, this is the movie for you. The costumes are A+, the soundtrack is ’80s gold and the effects are giggle-inducing. 10/10 would recommend. Oh, it’s a bad movie, but easy to love.

Let it be noted, that the director of this film maintained his confidence in Troll 2’s release throughout his entire career. He seemed to think this movie was stellar. Honestly, we don’t disagree, we just loved this movie for all the wrong reasons. Problem after problem, scene after scene, line after line, this movie is incredibly bad, and you’d be doing yourself a disservice if you didn’t watch it at least once.

Man, this franchise has come a long way. Starring George Clooney, Alicia Silverstone, Arnold Schwarzenegger, Uma Thurman and Chris O’Donnell you wouldn’t for a second expect this movie to tank as aggressively as it did. The leather butt shots, the impressive puns, overacting, underacting, and the outrageous costumes were a recipe for disaster, and we wouldn’t have had it any other way. We love this film, guys. So, so much.

This movie was directed by Fred Durst of Limp Bizkit, stars John Travolta and is perfectly bad in every way. The acting is almost offensively poor, the writing is lost and the casting totally tanked. 10/10 would recommend.

There you have it. The best worst movies maybe of all time? You’re welcome, and we’re sorry. Enjoy, folks!