11 famous people that you might not know are from Edmonton

Hello, Edmonton! We're here today to take a peek at some of the city's more notable people. Turns out, Edmonton has been…

Hello, Edmonton! We’re here today to take a peek at some of the city’s more notable people. Turns out, Edmonton has been the home of many famous people over the years, from music to acting and even activism. So, why not turn over a few leaves and see what names pop up? Also, we’re going to avoid some of the most obvious famous ones because we’re here for the surprises.

Here are 10 famous people from Edmonton or who lived in Edmonton that you might not have known about.

Say hello to one of the biggest male Roblox (it’s a video game of sorts) YouTubers out there. Born in Edmonton, Denis started making videos a few years ago, and now sits at over 9 million followers on his YouTube page. However, he took a mental health hiatus at the end of 2020, and hasn’t made anything since. Hope you’re doing alright, Denis!

At age 17, Taylor Hatala has already done some seriously impressive stuff. Before the pandemic, she was appearing on things like The Ellen Show and competing on World of Dance. However, we have a feeling this is just the start of her TikTok and Instagram fame.

Alongside Nellie McClung, Emily Murphy was one of the first women’s rights activists not just in Edmonton, but across Western Canada. ‘The Famous Five’ fought, and won, to have women be recognized as eligible for the Senate way back in 1929.

We were surprised to see that the famous Canadian philosopher and futurist was born in Edmonton. First off, McLuhan predicted the internet some 30 years before it existed. Second, if you want to have a crazy book and impress houseguests, pick up a copy of The Medium is the Message.

Smokers around Canada will probably recognize this name. The longtime anti-smoking advocate became more or less the face of Canada’s new efforts to prevent smoking back in 2010. Full honesty, we always thought that the name Barb Tarbox was a pseudonym.

Born in BC but raised in Edmonton, Mac Demarco has become synonymous with, ironically, smoking cigarettes while playing guitar (one song is literally called Ode to Viceroy). Regardless, he’s risen to legendary status in the stoner rock community, and will be a member for a long time.

We don’t shy away from the obscure picks here at Curiocity. A prolific science-fiction writer, Dickson is most likely the person who inspired the lightsaber. His ‘advanced alien weapon‘ appeared on the cover of a very popular sci-fi magazine in the late 60s, and George Lucas was reading it around that same time.

The futuristic, electronic sound of Purity Ring has us surprised to see that the music duo is from Edmonton. In fact, it makes our vinyl copy of Shrines from 2012 feel that much more special. Haven’t checked em yet? They released a new album last spring, and it’s pretty darn amazing.

Sure, he was famous before, but Big Mouth really reminded the world that Nathan Fillion is a superstar. The guy’s been in everything from King of the Hill to Saving Private Ryan, but of course, is best remembered for his role on the cult-classic Firefly series.

Born in Edmonton and raised in Calgary, Tommy Chong was really ahead of the whole legal marijuana wave. Like, decades early. Even still, the Cheech & Chong movies are absolutely classic stoner viewings, best enjoyed with an out of this world indica.

Of course, we should finish this list with one of the most famous people out of Canada altogether. Born in Edmonton, Fox rose to international fame during the Back to the Future trilogy. And since its creation, his foundation has given more than $650M to Parkinson’s Disease research. Personally, our favourite memory of him is his appearance on Curb Your Enthusiasm.

And, that’s our roundup of some famous people from Edmonton that you might not know about! We really got a wide range in here, hey? 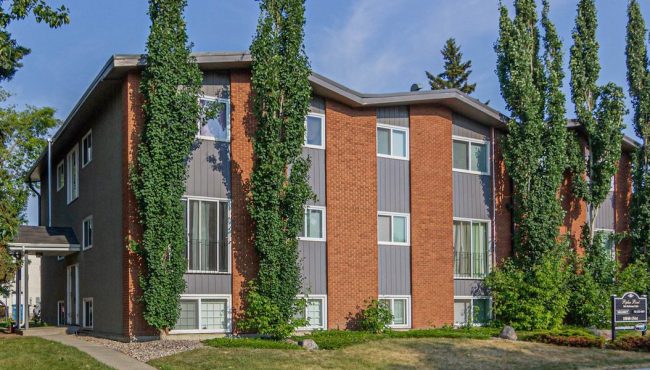