10 of the craziest roadside attractions you can find in BC

While big road trips aren’t really in the cards these days, we’re counting down the days until we can hop in the…

While big road trips aren’t really in the cards these days, we’re counting down the days until we can hop in the car and hit the open road. And, like they say the journey is sometimes better than the destination. So, to spice up your next road trip, we’ve put together a list of some of the wackiest, weirdest and coolest roadside attractions in BC. Mark these down on your map because you’re not going to want to miss them.

Here are some of the craziest roadside attractions in BC.

The Great Hog of Freedom 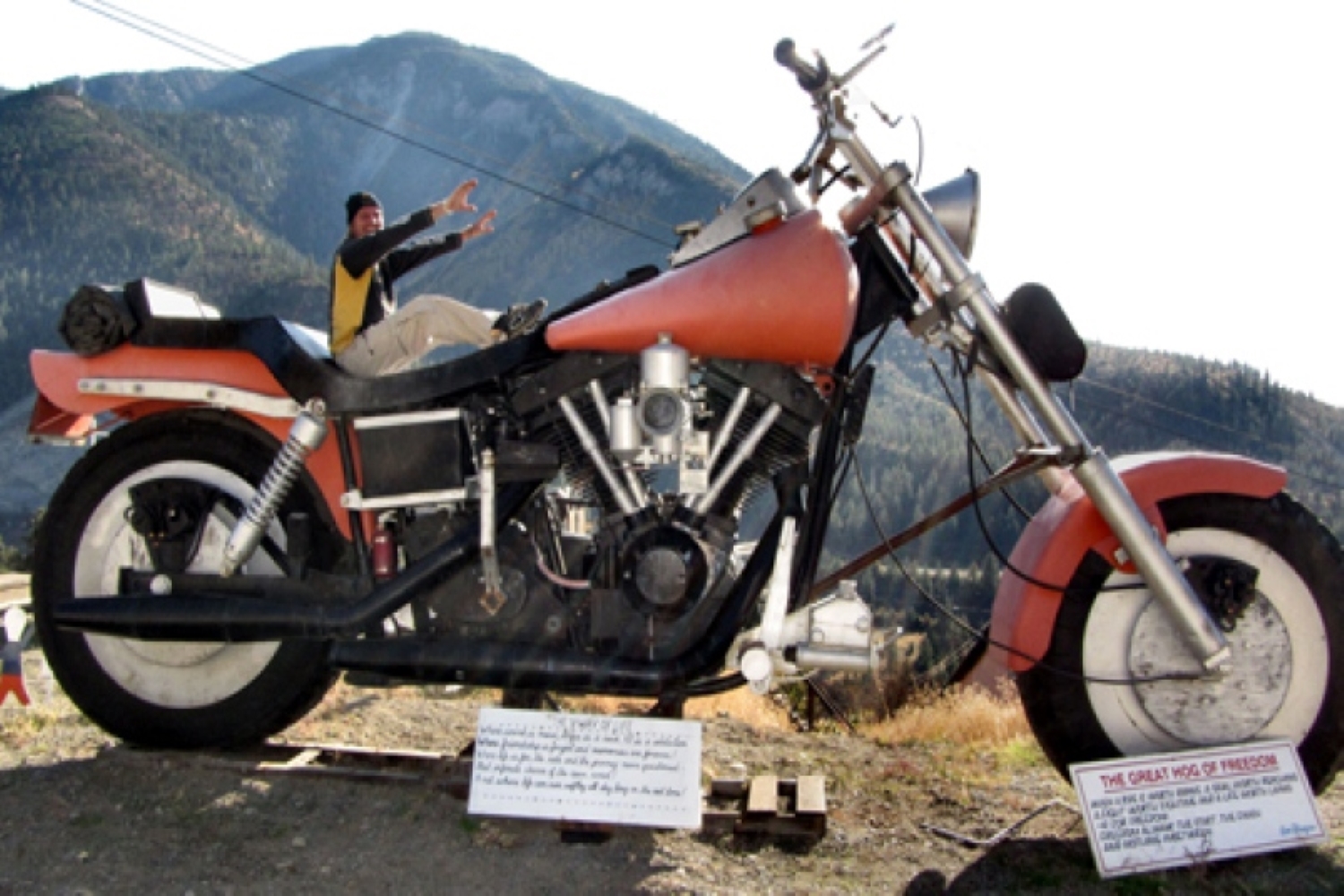 Get your motor running, and get out on the highway to see this massive motorcycle. Created by local artist Kenny Glasgow, the hog is 24 feet long is a sight to behold. If Easy Rider isn’t really your thing, Glasgow has a whole compound of interesting and esoteric art for you to check out.

We could all use a little change, but a big change? Well, that’s what the small town of Salmo did when they erected this giant penny to commemorate 1995’s Penny Power campaign. The campaign saw Salmo residence collecting pennies to help pay off Canada’s national debt. Sounds like a WHOLE lot of pennies to us. 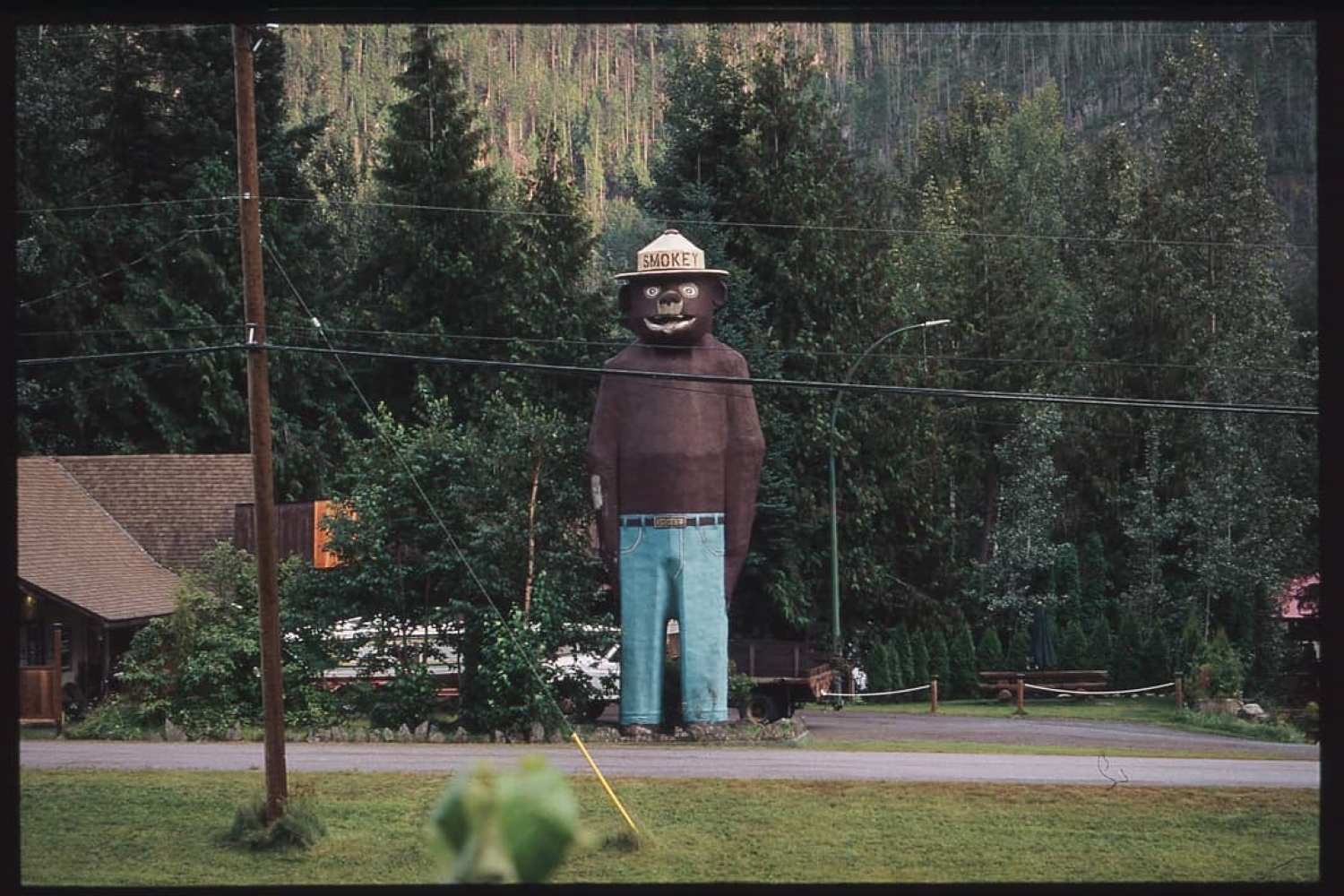 Only you can stop forest fires, but a whole lot of people should check out this giant Smokey Bear statue. Standing at around 30 feet high, this statue is a shining beacon reminding you to be aware of forest fires. Also, did you know that Smokey was a real bear? We didn’t until today. 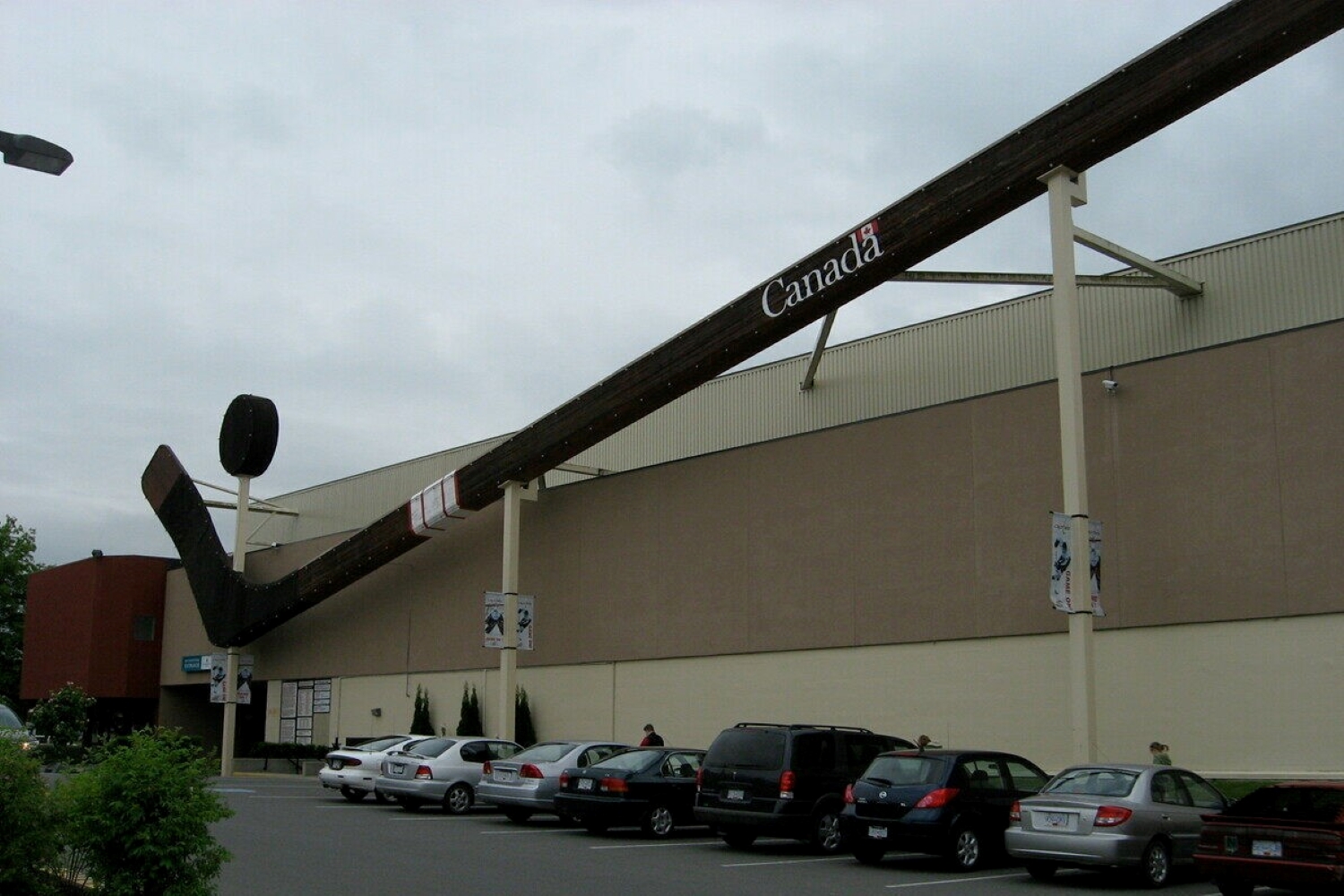 Hockey is Canada’s game. This means that Canada needs to have the largest hockey stick and puck. Located on Vancouver Island, the hockey stick is 205 feet long and is attached to the Cowichan Community Centre. While yes, when we were kids our parents got us stuff we could grow into, we don’t see anyone growing into this stick and puck anytime soon. 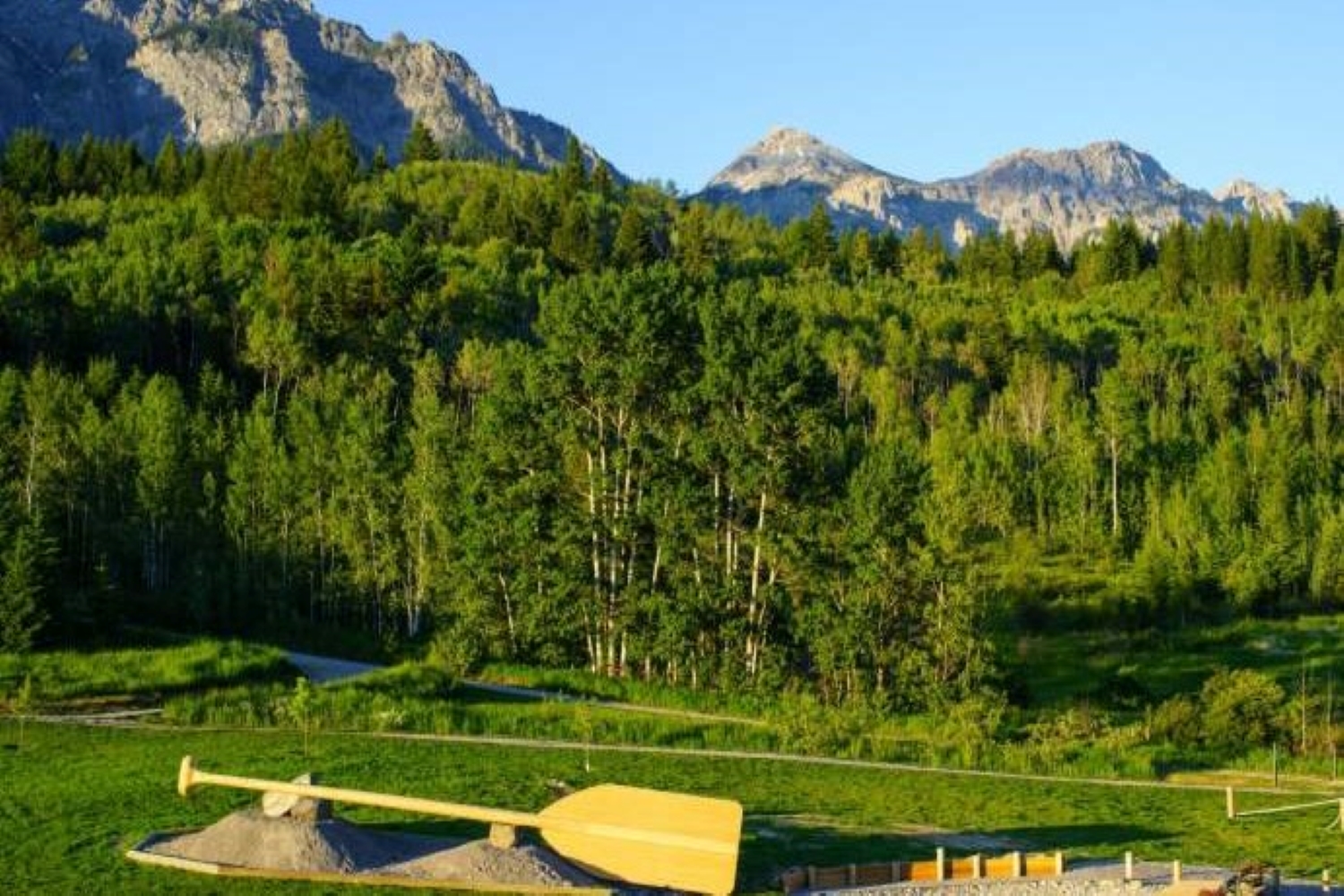 Somebody call Matthew Lillard, Seth Green, and Dax Shepard because we have found a paddle. The world’s largest one at that. This paddle is 60 feet long and made out of one massive western red cedar tree. Now we just need to find the world’s largest canoe, and we’ll be all set for this weekend.

We once saw a fly fishing rod that was thiiiiiiisssss big. No, really, we did. And you can check it out as well if you go to Houston, BC. The rod is 60 feet long and, we’re pretty sure, it’s not operational. Granted, it’s good to know that there’s finally a rod for that friend who’s always exaggerating their catches. 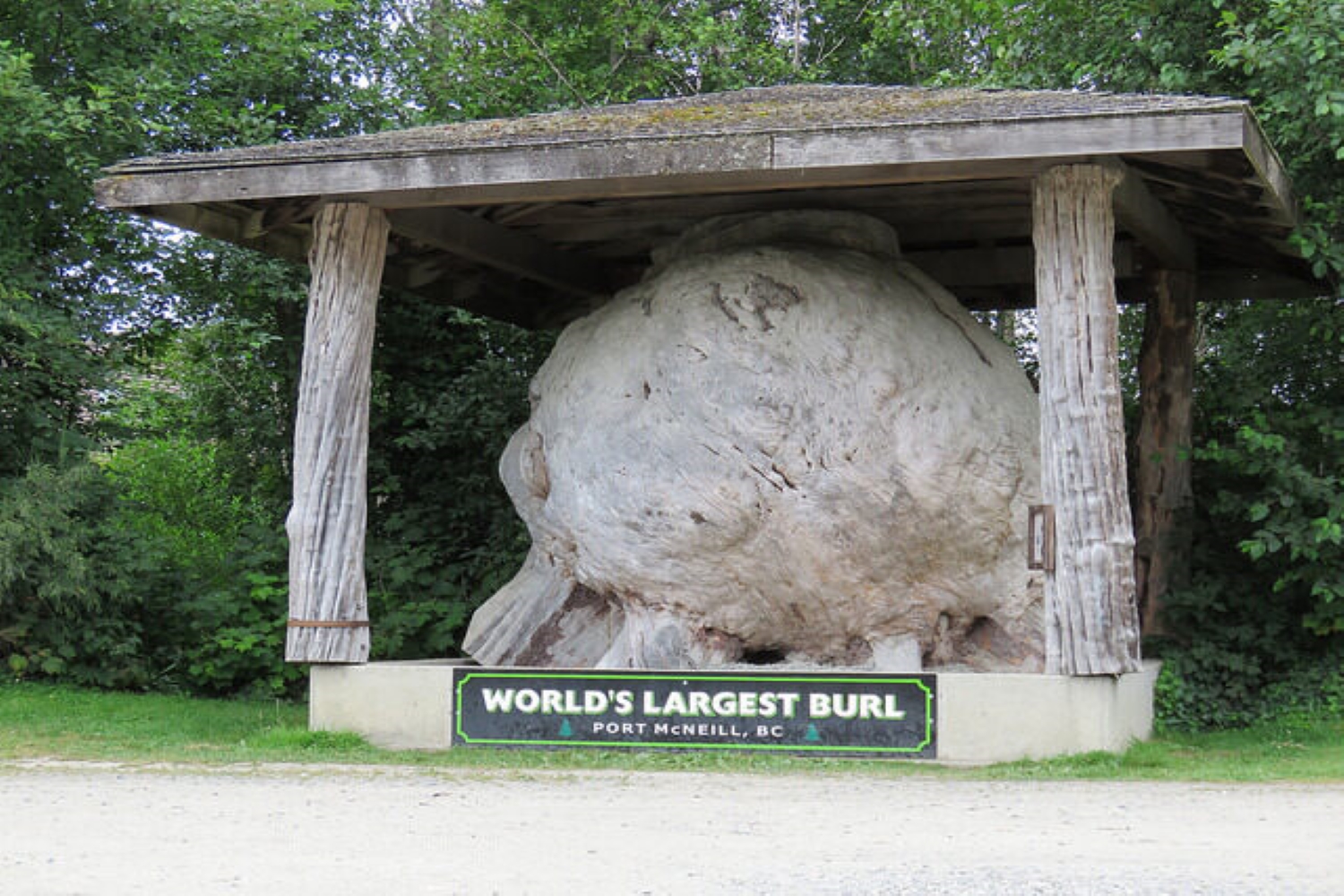 If you don’ know what a tree burl is, that’s okay. Neither did we. They are an excess of growth that you can find on trees and Canada’s got the biggest one. The burl weighs roughly 30 tonnes and is many feet across. It was carved off a sitka spruce tree in 2005 and it really is something you won’t see anywhere else.

Where: Port McNeil, BC 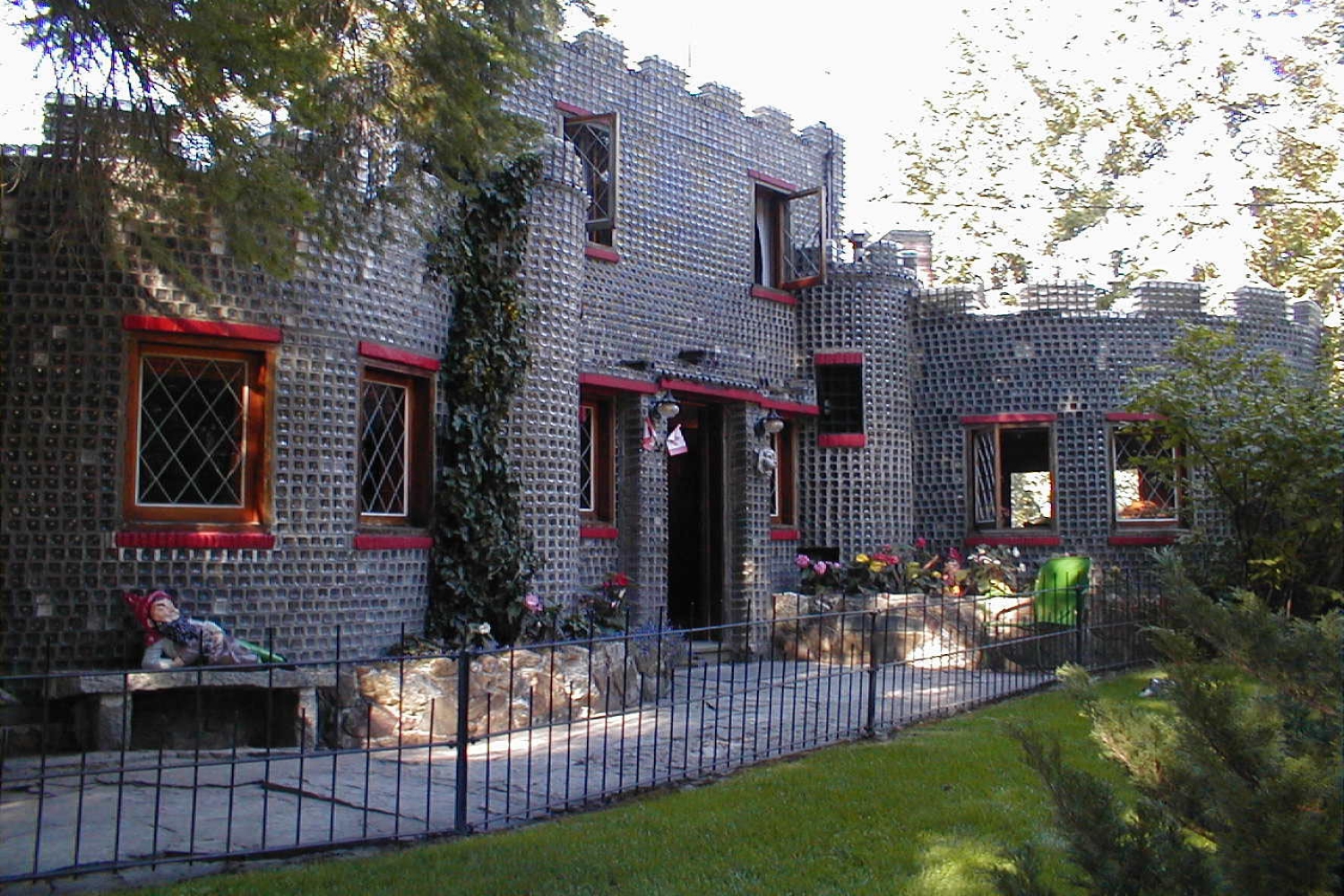 Raise your hand if you’ve ever thought about making a house out of embalming fluid jars. Oh. Just us? Well, us and David H. Brown, the man who made a house completely out of cement and glass jars. Constructed in the 1950s, this is not only in a beautiful place, but it’s really not like any other house out there.

Where: Kootenay Lake, BC

In need of an arm workout? Well, this giant push lawnmower would definitely do the trick. If you’re old enough to remember, before gas or electric lawnmowers were a thing, you had to use a good ol’ fashioned push lawnmower. And, to commemorate that wonderful old tool, Herb Higginbottom created a 20-25 foot replica of one. We think we’ll opt for our ride-on lawnmower though.

Located in the “Bavaria of the Rockies,” this cuckoo clock is the biggest standing one out there. It stands at about 22 feet high and 12 feet wide and “cuckoos” every hour. However, instead of a bird, the cute little “Happy Hans” pops out and yodels. This is, as the Germans say, “Sehr Gut!”

Now that you have some of the best, and weirdest, roadside attractions in BC, you can really start planning your next road trip. We’re sure that as soon as regional travel starts opening up again, we’ll be checking these out as soon as we can. 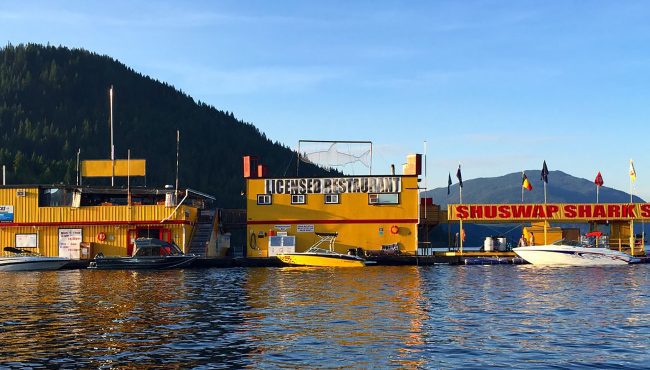 The famed Shark Shack, Canada's only floating restaurant, is now up for sale in BC 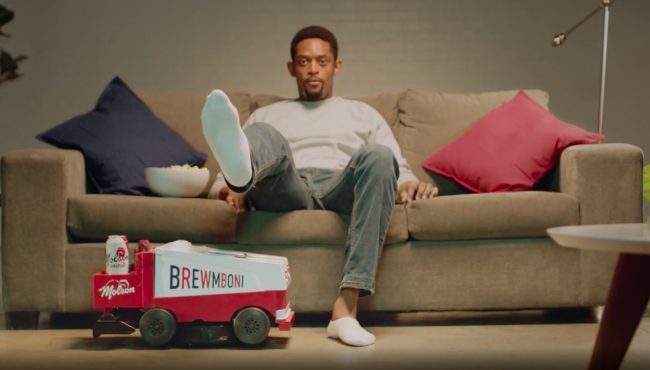