There are 9 sunken villages that sit below Canada's St. Lawrence River

Did you know that Canada has its very own version of the lost city of Atlantis? Now you do! Only instead of…

Did you know that Canada has its very own version of the lost city of Atlantis? Now you do! Only instead of a city, our version is made up of nine villages that were buried underwater in the late 1950s. Today they’re called The Lost Villages of the St Lawrence River. But once upon a time, they were simply Aultsville, Dickinson’s Landing, Farran’s Point, Mille Roches, Moulinette, Wales, Maplegrove, Santa Cruz, and Woodlands.

So let’s give you a little history. The Lost Villages (though not called that name at the time) were founded way back in 1784. Apparently, it was the United Empire Loyalists who established the communities after America’s War of Independence. And according to many historians, even in the 1950s, most of the population of these nine villages were made up of decedents of their loyalist founders. 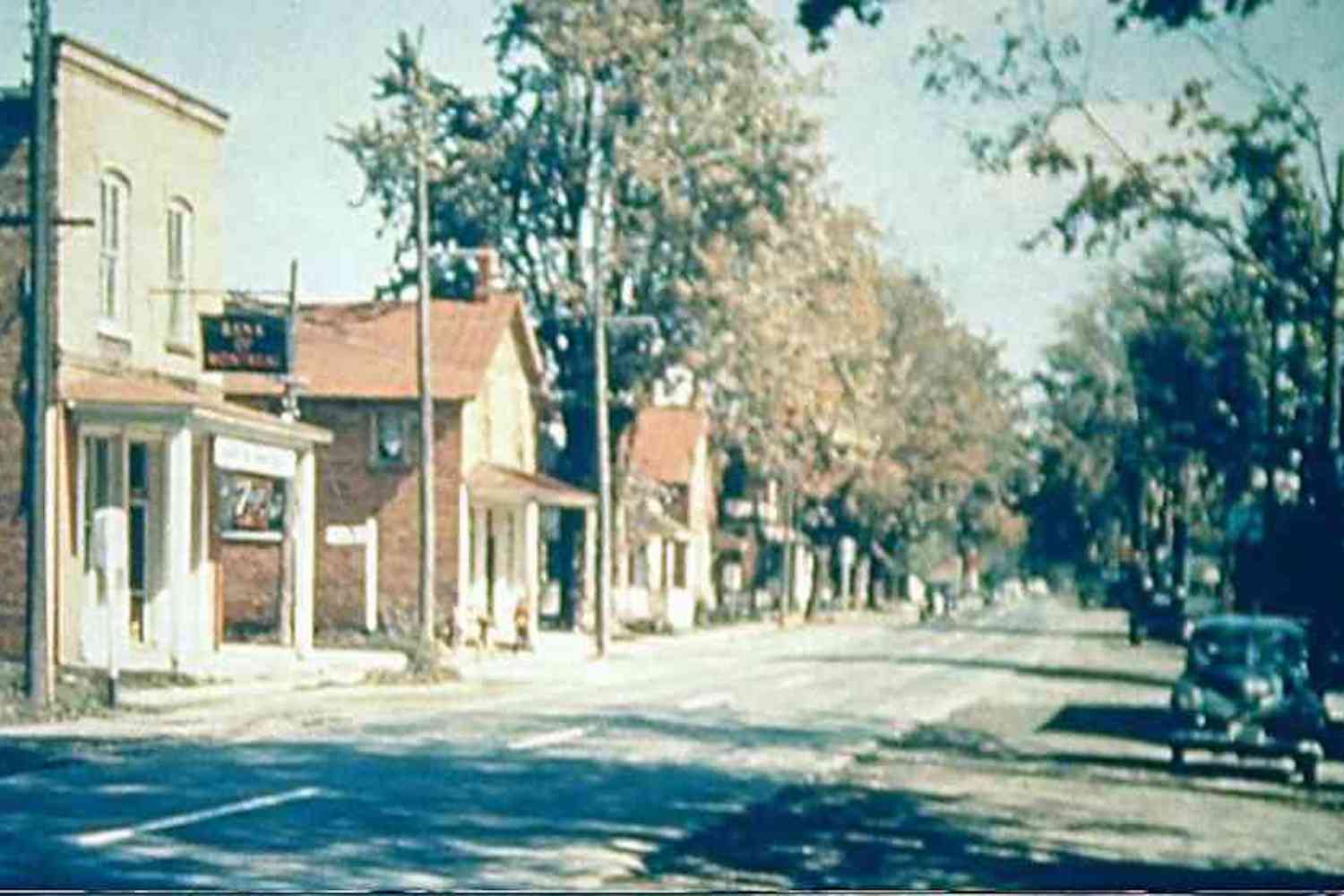 And it was in the 1950s that these communities were destroyed. The construction of the St Lawrence Seaway, as well as the hydroelectric potential of the Long Sault Rapids, can be blamed for the flooding. The St Lawrence Seaway was created so that large ships could get from Toronto to Montréal to the ocean without stopping to unload weight partway through.

And the hydroelectric potential of the Long Sault Rapids would use the rushing waters to create power and energy for the surrounding areas. A hydro dam was built in 1958 that connected Cornwall to New York State. And today, it still operates with 32 turbines in total, 16 of which are on either side of the border.

Related Posts:
Here’s the wild story behind the Jumbo the Elephant statue in Ontario
You can explore a spooky self-built castle & sculptures a few hours north of Toronto 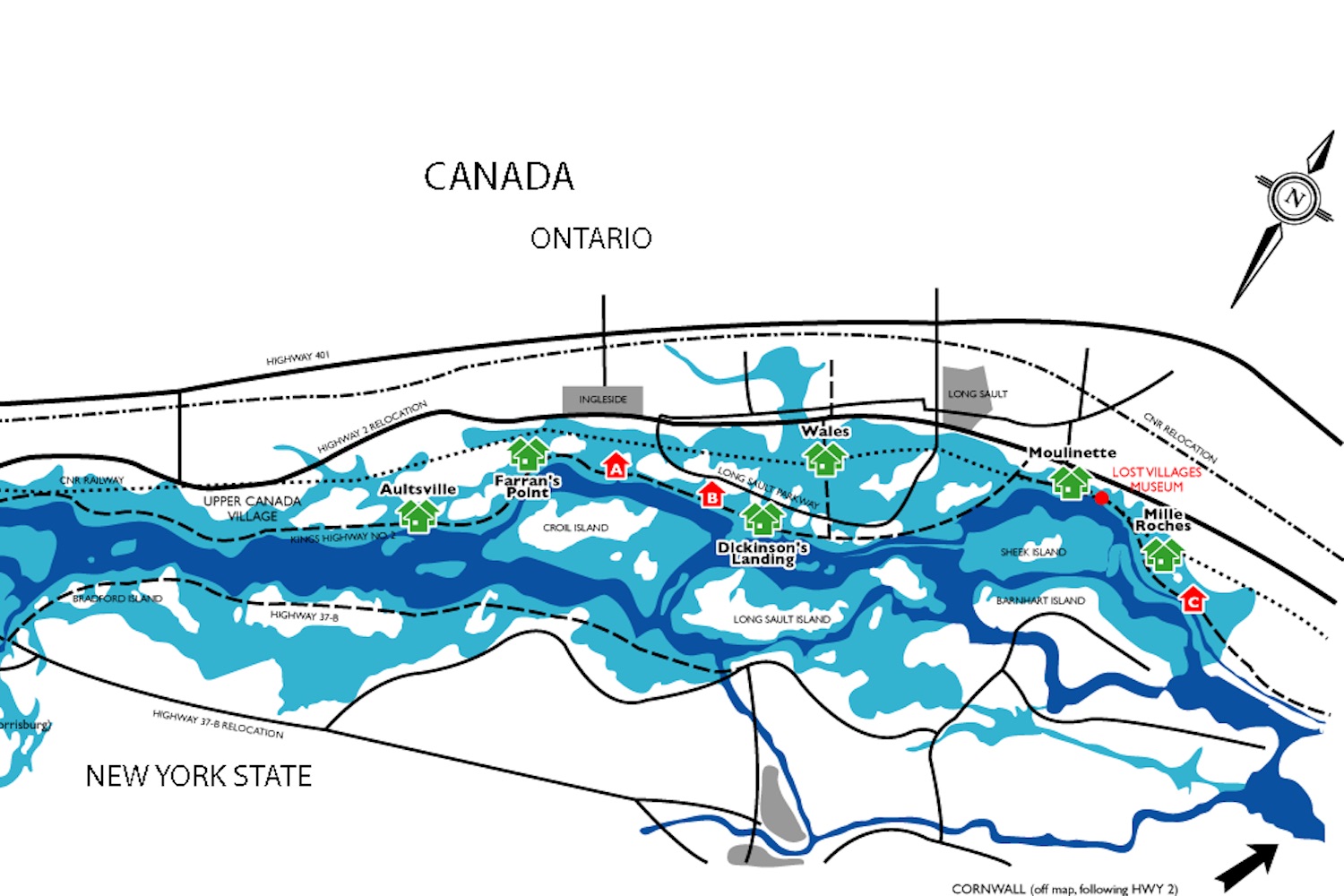 And although hydroelectricity and an efficient seaway can be seen as incredible advancements, it still meant the flooding and buried of those nine communities. Today, you can visit The Lost Villages Museum to learn more about the areas that are now underwater.

The map above is from the museums website and it gives you an idea of the extent of what was done in the 1950s. The dark blue on the map indicates the original St Lawrence River, while the light blue shows what it is today. The house symbols are each of the villages that are now buried under water.

So there you have it. If you’re interested in learning more, we recommend giving the museum website a little perusing. Or stop by an visit the next time you’re in the area.

Yahoo: A fancy new hotel is in the works for Calgary's Stampede Park & here's what we know