So you probably heard about the large crowds that gathered at Wasaga Beach this past Canada Day. There were so many people…

Jumbo shrimp, jumbo toilet paper, jumbo pretty-much-anything-from-Costco. Nowadays, the word “jumbo” is a regular part of our vocabulary. But did you know that it actually originates from the name of a famous circus elephant who died in St Thomas, Ontario? Now you do! And we’re gonna tell you all about it.

Jumbo the Elephant was a member of the travelling Barnum & Bailey Circus in 1885. Then, one fateful day in September, the elephant was struck by a freight train barrelling down the tracks in St Thomas. Some witnesses said that Jumbo was in the way of the train because he was helping a smaller elephant, Tom Thumb, move out of the way of danger. Others say he was simply in the wrong place at the wrong time. Either way, the elephant was struck and killed almost instantly. 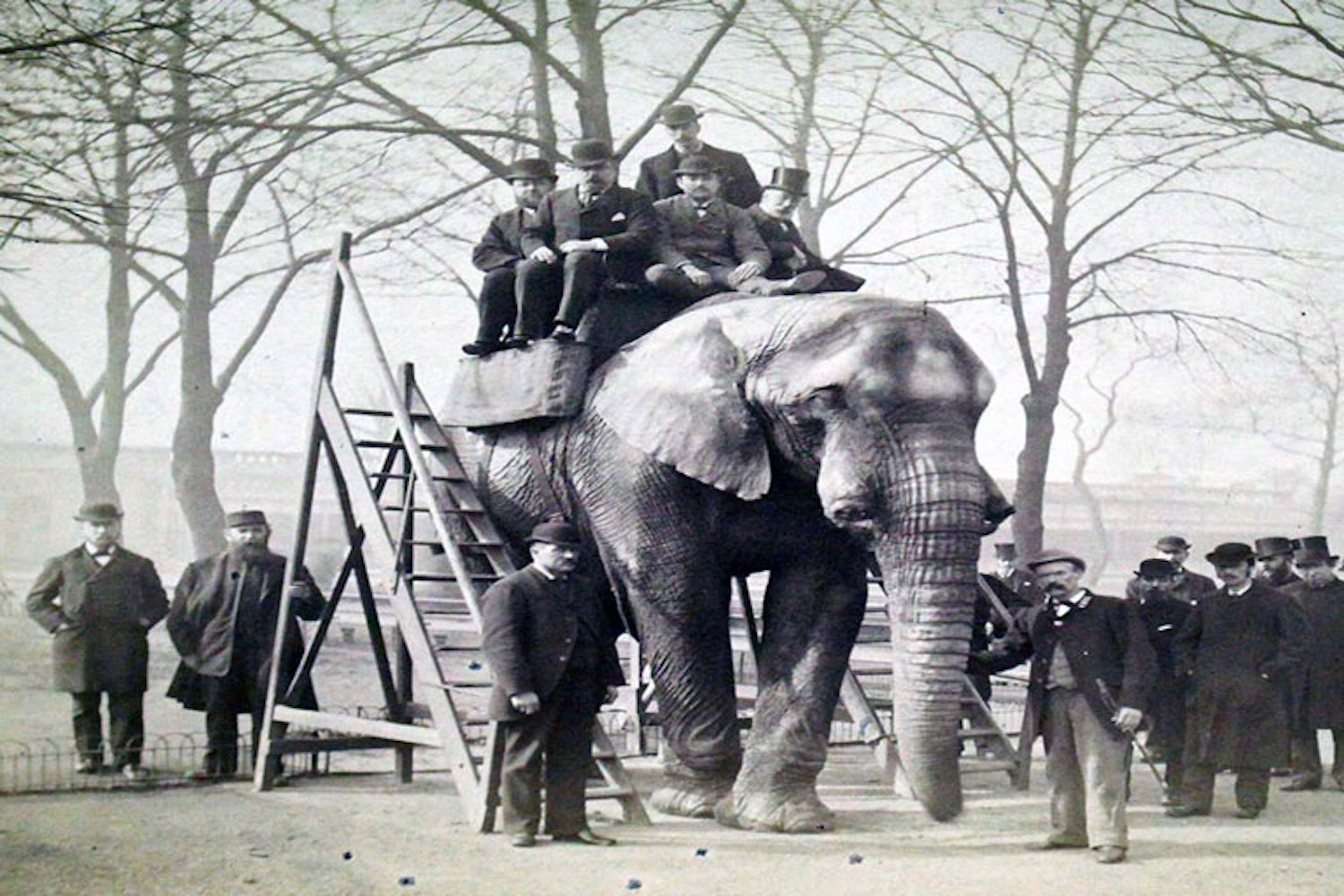 After his death, the circus company preserved parts of the body of Jumbo the Elephant. His skeleton was donated to the American Museum of Natural History in New York. And his heart was sold to Cornell University. His hide was stuffed, stretched, and mounted. And it actually travelled with the circus for a few years before it was destroyed in a fire in 1975. It’s said that some of Jumbo’s ashes were recovered, and to this day, they reside in a peanut butter jar at the athletics office of Tuft University.

And as for St Thomas, Ontario? Now a massive statue stands that commemorates the memory of Jumbo the Elephant. It was put up in 1985, exactly 100 years after Jumbo’s tragic accident. And the statue is actually life-sized – as big as Jumbo himself.

Speaking of the size, let’s circle back to the meaning of the word “Jumbo.” Although now we know it to indicate something very very big, it only really has that meaning because of our elephant friend. It’s said the Jumbo the Elephant’s name was originally derived from the Swahili word “jambo” which means “hello,” or “jambe” which means “boss.” And it’s only because of how big Jumbo the Elephant was that the word “jumbo” holds the meaning it does today.

Interesting stuff, huh! The massive statue in St Thomas is only a couple hours drive from Toronto. So why not pay a visit to Jumbo the Elephant next time you’re looking for something to do?